This article addresses how international law firms are scrambling into Africa. Crasner Consulting makes a case for investing wisely and understanding the risks of planting a flag in the ground.

Africa is the world’s second-largest continent, with a total population of 1.2 billion across 54 different countries. With a growing middle class, a young and increasingly skilled work force, GDP growth in double digits, it is little wonder that international law firms are finally opening their eyes to this vast continent.

African legal work no longer solely concentrates on the traditional infrastructure projects and natural resources deals and disputes. Increasingly, international counsel are being engaged by private equity funds, family offices and other international investors doing deals in the consumer, technology, financial services sectors. English law often prevails for international companies operated on the continent but former colonial links with France are also a key consideration in the French speaking parts of Africa, where local laws are civil code.

Traditionally, legal work in Africa has been completed from international hubs – London, Paris and Dubai in particular, occasionally New York depending on where the client has been based and Washington DC as a result of the development funding from the World Bank and other social impact investors. This would lead to the international lawyer then hiring a local lawyer to work with on the transaction. Clyde and Co managing partner in Dar es Salaam, Peter Kasanda elaborates on this, stating:

“This model is changing rapidly because firms are recognising that having people ‘on the ground’ on the continent gives them not only early access to deals but also a deeper understanding of local circumstances which can be crucial on transactions”.

Besides the abundance of opportunities and resources on the continent, one of the most attractive aspects to expanding into Africa is its own regional hubs that offer access into the rest of the continent. Johannesburg in South Africa is arguably the destination of choice for international law firms looking for a hub into Southern Africa. Casablanca, Lagos and Abijan in the Ivory Coast are also prominent hubs for North Africa, West/Central Africa and French speaking Africa, respectively.

Casablanca, an important financial hub for the region, sits at a key strategical point in Morocco on the southern side of the Straits of Gibraltar. Furthermore, with a 4.5-5% growth prospect for 2015 and 2016 there is increasing cause for optimism in the country. Law firms such as Clifford Chance, Eversheds, Lefèvre Pelletier & Associés and UGGC have demonstrated the ability to serve not only the Middle East North Africa area and French speaking Mahgreb but also as far down as the Congo under the OHADA treaty agreement. There is plenty of work to be done in an economy that is not only growing but equally will provide exposure and leverage for any firm from the top of the African continent down.

Lagos is a key strategic point for any firm looking to make a statement and target the highly lucrative and dynamic West African market. The West African country’s (particularly Nigeria) have vastpotential as one of the world’s largest producers of crude oil and natural gas, whilst the country’s legal practitioners remain active in energy-related deals and there has been an increase mandate in the downstream oil sector process. In addition, the financial services sector, infrastructure, power privatization and significant private equity investment into Banks, insurers, consumer companies and more, are all on offer for law firms willing to invest time and resources into Nigeria. The issue is a burdensome regulatory environment which currently prevents international law firms having their own operations in Nigeria. This is similar to Saudi Arabia or South Korea before their rules were recently relaxed. Therefore, most firms are seeking to access Nigeria and the surrounding countries by using a “desk approach” from London. Clifford Chance, Berwin Leighton Paisner, Fasken Martineau and Latham & Watkins have a desk-based approach to Lagos whilst Norton Rose Fulbright is looking to extend its established presence in South Africa to also include Nigeria, expanding into West Africa using the desk-based approach.

Turning to Johannesburg and ‘Africa’s richest square mile’. A multitude of multinational firms operate from the district of Sandton – Norton Rose Fulbright, Eversheds, Hogan Lovells, White & Case and Baker & McKenzie to name a few. In 2015, Chadbourne & Parke launched an office in Johannesburg and others are watching the market closely and waiting for the right moment to launch their own offices there.

In addition, several firms have launched in less obvious places like Dar es Salaam, Tanzania; Orrick, Herrington & Sutcliffe last year launched an affiliated office in Abijan, Cote d’Ivoire – the third largest French speaking city in the world whilst Herbert Smith Freehills almost launched a Guinean office in 2014. Finally, leading European firms Gide Loyrette Nouel and Cuatrecasas, Gonçalves Pereira have created a union of their Morocco practices in a bid to bolster their presence in one of North Africa’s most politically stable regions.

On such a large continent, the possibilities for expansion across the many cultural, linguistic, religious and geographical divides are endless. There are endless opportunities in energy and infrastructure and guiding foreign investors into consumer, financial services and technology companies. These are the areas which are most desperately needed in order to keep pace with economic growth. International law firms recognise that they are the ones with the skill-set to undertake the scale of projects being attempted in Africa. Local lawyers can certainly participate from the point of view of local law (permits, consents, government issues) but the legal deal structuring and project finance elements are the domain of sophisticated international law firms. In this way, for the moment, international law firms have principally kept their main fee earning sectors to those of Infrastructure, Natural Resources, Telecoms and Finance.

Throughout Africa, Chinese state-owned enterprises are bidding for and winning the contracts for infrastructure projects in the process creating multimillion and most recently multibillion-dollar deals, almost exclusively in government-to-government deals.

In terms of natural resources, Africa undeniably boasts a wealth of riches notably 10% of the world’s reserves of oil, 40% of its gold and 80-90% of the chromium and platinum group metals. Nigeria market has a vast potential as one the world’s major producer of crude oil and natural gas; the country legal practitioners remain active in energy-related deals and there has been an increase mandate in the downstream oil sector process.

Telecoms has been identified as the next big sector Africa-wide, mobile phone usage in particular is expanding rapidly across Africa leading to M&A and financing work for operators wanting to get a bite of the increasingly lucrative pie. In essence, with a population of 1.2 billion, it is a never ending market that needs to be serviced and perennially linked to the expansion of Africa’s middle class and lust for consumer goods.

Lastly, financial services work is expanding, especially in Nigeria whose banking sector has been particularly reformed as a result of a lot of cross-border funding. Few consolidations have been performed in this market thus far, with this in mind there is a great deal of room for growth in the sector. In this year alone we saw Carlyle buying a portion of Diamond Bank Plc in Nigeria from its rival PE house, Actis Capital, who have a sizeable operation in Nigeria and who are constantly looking for new deals and international lawyers to help them.

Inevitably with a continent of endless opportunities there are always drawbacks which must be dealt with methodically in order to maintain a business advantage. More broadly put these are the age-old barriers of conflict, corruption and instability that must be addressed to encourage continuing investment in Africa. These are the responsibility of African governments themselves and there has been positive signs of change for the future. “You can draw comparisons with Libya, up to four weeks ago everyone was piling in to invest in Libya, now they’re not.” says Geoff Wynne, who co-heads Denton’s Africa group. Nevertheless, increasingly investors are more likely to hang on in an African country when things get unstable for longer than they used to, this is mainly attributed to the growing maturity in lots of countries in Africa which means they can front up to the economic and political shocks that up to a decade ago led to investors pulling out very quickly. A key example of this would be the instability in North Africa over the past couple of years that could be symptomatic for change across Africa.

Rates are also a key metric when considering an investment in the region. Unlike other emerging economies such as China, African corporates, investors are states are alive to “city” or “wall street” hourly rates. That said, you need to consider the competitive nature of the market and that local law firms (who can often also provide English law advice) are aggressively bidding for the same work. It’s fair to say that costs of staff are generally lower but don’t be fooled about real estate costs on Victoria Island in Nigeria, which will cost you 20% more per square meter than Hong Kong and there is not a guarantee of finding the sort of work that can support your fees, when you’re there.

The main driver for law firms in Africa is the fact that the continent is the last real ‘entry-level’ emerging market. In this respect, there is a natural economic growth of 6-8% in most African countries with some form of political stability. Furthermore, the emerging African middle class has not even started to consume in the manner of second tier economies of the Far East or South America, in this way an early entry into these markets is very attractive in order to get an early foothold in it – not just for lawyers but for all sectors.

In addition, with a combined gross domestic product in excess of US$2 trillion, which is greater than the emerging economies of India and Russia and almost as large as Brazil the opportunities are endless. Combined with the market for legal advice developing significantly over the next few years as countries continue to develop, harmonise and sophisticate themselves, the possibilities are endless.

Undeniably, Africa is the land of opportunity – not just the big hubs of Lagos and Johannesburg but also the frontier markets of Ivory Coast, Tanzania and Mozambique. Already some of the big law firm players have made the move and if ever there was a time to seize a foothold on the continent, now is it in order to get ahead of the inevitable ‘scramble for Africa’ in the last real entry level emerging market. Moving forward, we can expect the above approach to continue as international law firms further integrate themselves on the continent.

Crasner Consulting is a legal search and consulting firm based in London that helps US and UK law firms to enter new markets. With specialist expertise and an enviable track record, Crasner Consulting has helped law firms to enter into and expand aggressively in Africa, Asia, Continental Europe and the Middle East. We have representatives on the ground in Nigeria and Tanzania, and additionally a proven track record of operating out of Dubai, London and Paris as hubs for Africa. We also have a dedicated consulting and advisory practice that operates all over the world. 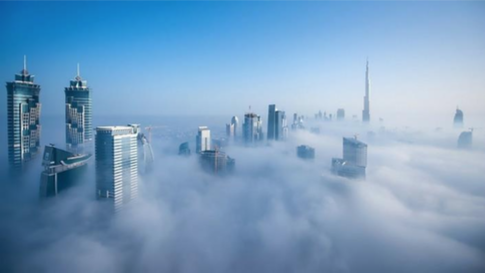